Heriot-Watt University is situated in 380 acres of beautiful and peaceful parkland to the west of Edinburgh city centre. Good transport links in and out of the city as well as to Edinburgh Airport ensure students don’t miss out on any of the action – they really do get the best of both worlds when they choose to study here.

And the comfortable, modern student apartments in Edinburgh that Downing Student Accommodation offers to Heriot-Watt students are also located in a prime position with easy access to the campus and city centre alike.

Named after the 16th century philanthropist George Heriot, and the famous 18th century engineer James Watt of whom the unit of power is also named after, Heriot-Watt University was founded in 1821 and has established a reputation for one of the top research-led universities and providers of education around the world.

Specialising in Engineering; Physical, Computer, Mathematical and Life Sciences; Social Sciences; Business, Languages and Culture; and Textiles and Design, the university is home to over 8,200 staff and students on its Edinburgh campuses and a combined total of approximately 29,000 students across their international campuses and online distance learning.

Heriot-Watt University was the first British university to set up in Dubai International Academic city back in 2005 and today Heriot-Watt are the biggest and fastest growing campus in the UAE with over 3,000 students. Figures show that it has the largest number of international students in Scotland and this is further backed up by the accolade of being named International University of the Year by The Times and Sunday Times Good University Guide 2018.

As part of the institute’s Go Global project, students are able to transfer between campuses for part of their courses, giving them a choice of 5 campuses including Dubai, Malaysia and the UK. It is this flexible approach to learning that has made Heriot-Watt such a popular choice with international students and has firmly established it as a global institution.

It is also home to Europe’s oldest research park, Heriot-Watt University Research Park, and the Edinburgh Conference Centre, both of which are located on the University grounds.

Living and studying in the beautiful, diverse and historical Scottish capital is an experience like no other and Downing Student Accommodation is here to make your move to student living in Edinburgh as easy and as comfortable as possible. 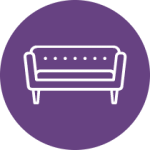 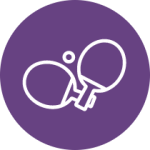